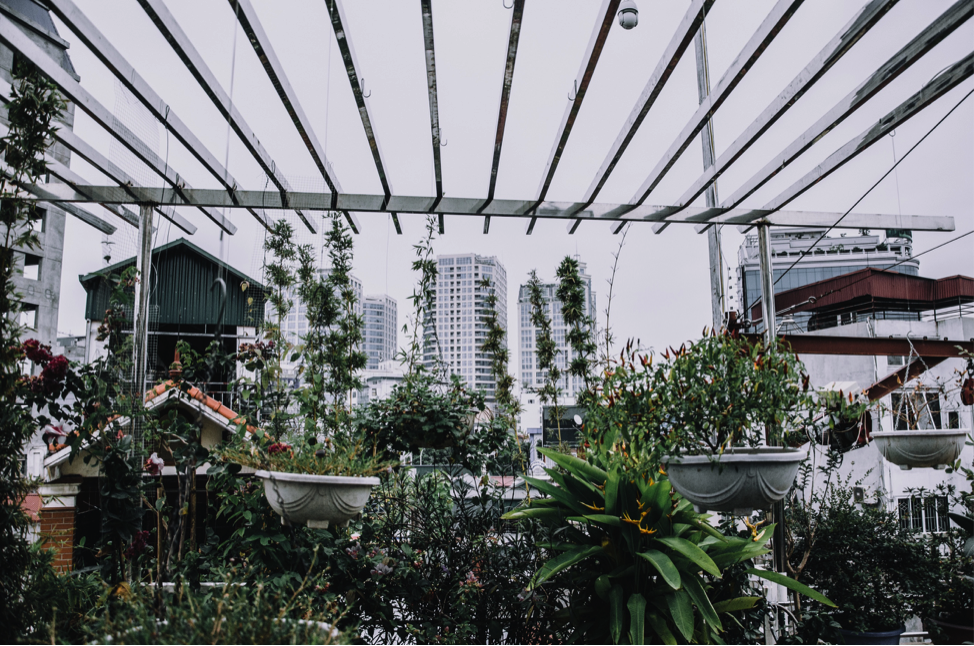 City living is often inherently associated with the “concrete jungle”.

When picturing life in an urban center, it’s easy to think only of miles of pavement and sky-high condos.

But the truth is that more and more urban planners, developers, city-dwellers are catching on to the ways that nature can thrive in conjunction with a bustling metropolis. Living in an urban center doesn’t mean abandoning your garden or your goals of sustainable living. To show you exactly what I mean, here are five inspiring stories of city buildings turned into gardens.

After economic downturns left many homes and apartment buildings abandoned and derelict in downtown Detroit, the Michigan Urban Farming Initiative stepped in and purchased a six-unit apartment complex at a tax auction. This building became the central hub as the group converted a nearby plot of land into an urban farm centered on local food cultivation and distribution. As the project has grown, the Michigan Urban Farming Initiative has found other ways to convert derelict buildings into pieces of essential farming infrastructure. Not long ago, they purchased a severely damaged and abandoned old home and converted the basement into a rainwater harvesting system.

Designed by architect Stefano Boeri, the Bosco Verticale is a two-tower skyscraper built to house trees as well as people. During construction in 2013, the building was planted with 730 trees, 11,00 groundcover plants, and 5,000 shrubs. The team of botanists and engineers who designed this purpose-built living skyscraper have done so with the goal of creating a symbiosis between the natural and urban worlds. The plants growing on the Bosco Verticale purify the surrounding air, filter sunlight, and create a micro-climate for the building’s residents. In the words of Boeri himself, this “biological architecture […] refuses to adopt a strictly technological and mechanical approach to environmental sustainability” (Source).

The Pinnable Duxton is an award-winning residential high rise in downtown Singapore, a country known for its unique vision of public housing. These seven connected towers boast the world’s largest sky gardens on the 26th and 50th floors which both span the distance of 500 meters. These sky gardens also feature a jogging track so residents can exercise daily in their building’s private garden. Singapore is leading the way when it comes to sustainable development and biological architecture. Their incentive program encourages developers to make up for any lost green space on the ground with sky gardens and terraces.

Sydney’s skyline now features the world’s tallest vertical garden in the form of the One Central Park building. Designed in a collaboration between architect Jean Nouvel and botanist Patrick Blanc, this multi-use building’s living green façade is the vertical extension of a street-level park. One Central Park features 250 species of plants and flowers native to Australia, thus promoting local cultivation as well as environmental sustainability. Soaring 166 meters into the sky, the gardens of One Central Park are supported by mirrored roof panels designed to capture and reflect sunlight where it is needed most.

The rooftop garden at the luxurious Fairmont Royal York Hotel in Toronto is an example of how older buildings still in operation can be greatly enhanced by the addition of an urban farm. This hotel features a 4,000 sq. ft. garden which grows herbs, vegetables, and edible flowers for the hotel’s acclaimed restaurant. In 2008, the garden expanded to include an apiary of honeybees which is managed in conjunction with the Toronto Beekeepers Cooperative. Guests who visit at the right time of year can request tours of the Fairmont’s rooftop garden to witness urban farming in action.

Whether you’re designing a new building, updating an old one, or saving an otherwise derelict piece of real estate, there are many different ways to turn city buildings into urban gardens. I hope these stories have inspired you to find a way to get involved with urban farming in your own city.

Do you have other inspiring stories about city gardens? Share them in the comments!

Posted In: Around the World